10 Travel Friendly Vegetarian & Vegan Food To Bring Around The World

A Day In Mumbai India

Mumbai (the locals pronounce as mum’ai also known previously as Bombay) which is named after a goddess; is the capital city of the Indian state of Maharashtra. A financial and entertainment hub (think Bollywood) of India with an official population of 22 million people, it is truly a vibrant city of natives and migrants from the rich to the poor – a remarkable melting pot of cultures and communities. 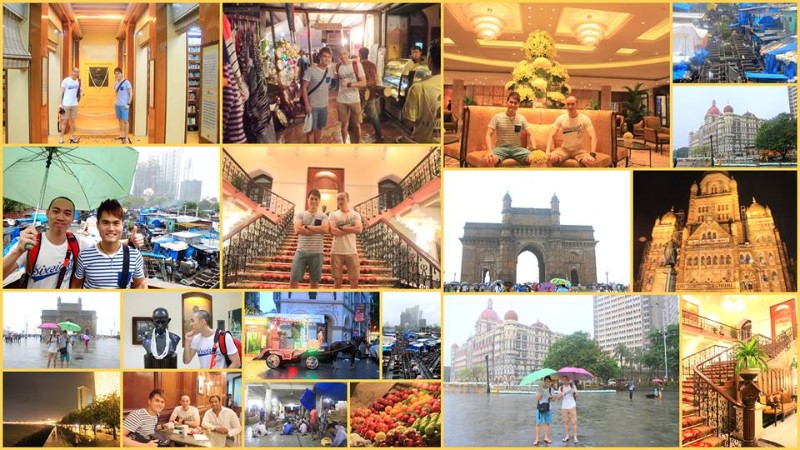 We truly enjoyed viewing the sights and learning about the history and local life of Mumbai like the Dhobi Ghaut laundry men, Ghandi’s house, Crawford Market, Victoria Train Station, Taj Mahal Palace Hotel, The Queens Necklace (Marine Drive) and Gateway of India. One of the highlight was to be able to read the letter that Ghandi wrote to Adolf Hitler during second world war to stop his massacre in Europe and the trauma Hitler caused in the world! Truly a great man, a great leader.

We were also heartened and humbled to learn more about the slums and homeless in Mumbai, Ghandi’s struggle for peace & independence and the sad events of terrorists attacks on the Leopold cafe and Taj Mahal Palace Hotel, Trident Hotel, Train Station and many other places which we visited and saw the traces of pain which were left behind!

The slums in Mumbai

The Slums in Mumbai

The Slums in Mumbai

A gun hole at Leopold Cafe

It was definitely an awakening call for all of us and never take safety and peacefulness for granted.

Too bad its was the monsoon season, if not we would have better photo opportunities and see more sights like the Chowpatty Beach and Hanging Gardens. It was interesting to note that locals really love walking and enjoying the rain with crowds strolling and gathering without umbrellas at the beaches and food markets.

With wet sandy feet and a joyful heart, we brothers look forward to our next league of our trip! 🙂

“A good traveler has no fixed plans, and is not intent on arriving.” – Lao Tzu

The Great Annual Migration of Wildebeest at Maasai Mara

Sick of Singapore Staycation? Why not try Sailcation...

8 Main Highlights In Davao, The Philippines

10 Reasons Why The Taaras Resort In Redang...

The New Travel Destination In Myanmar, Hpa An

Before Commenting, I wanna say thank you for providing this great information. I feel too good to read this awesome blog. Keep sharing this type of content.